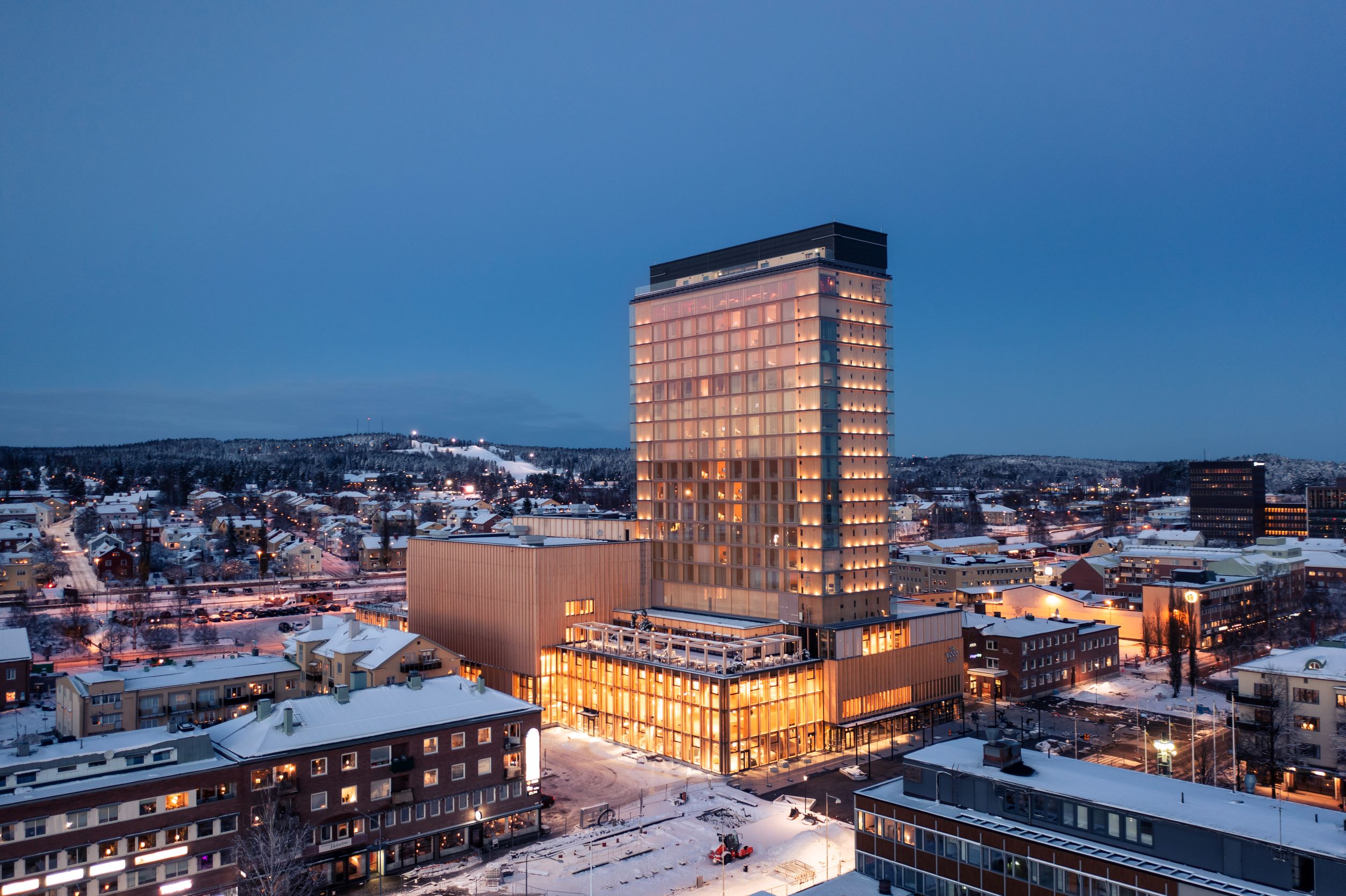 Delivered in September 2021, the cultural centre is one of three projects nominated by the editorial board of the swedish magazine Trä, one of the five European magazines specialising in wood architecture, as part of the jury for the International Wood Architecture Prize awarded by the press.

The other media jurors of the International Prize are PUU in Finland, Mikado in Germany, Lignum in Switzerland and Séquences Bois in France. Each editorial staff proposes three projects of the latest news and during the voting, no editorial staff votes for its own projects.

The videoconference deliberation on 7 March 2022 immediately brought the Skellefteà cultural centre to the forefront. However, an initial online vote resulted in the selection of 5 nominees from the 15 projects submitted. By pure chance, all participating countries were represented in this 4th edition of the International Wooden Architecture Award: 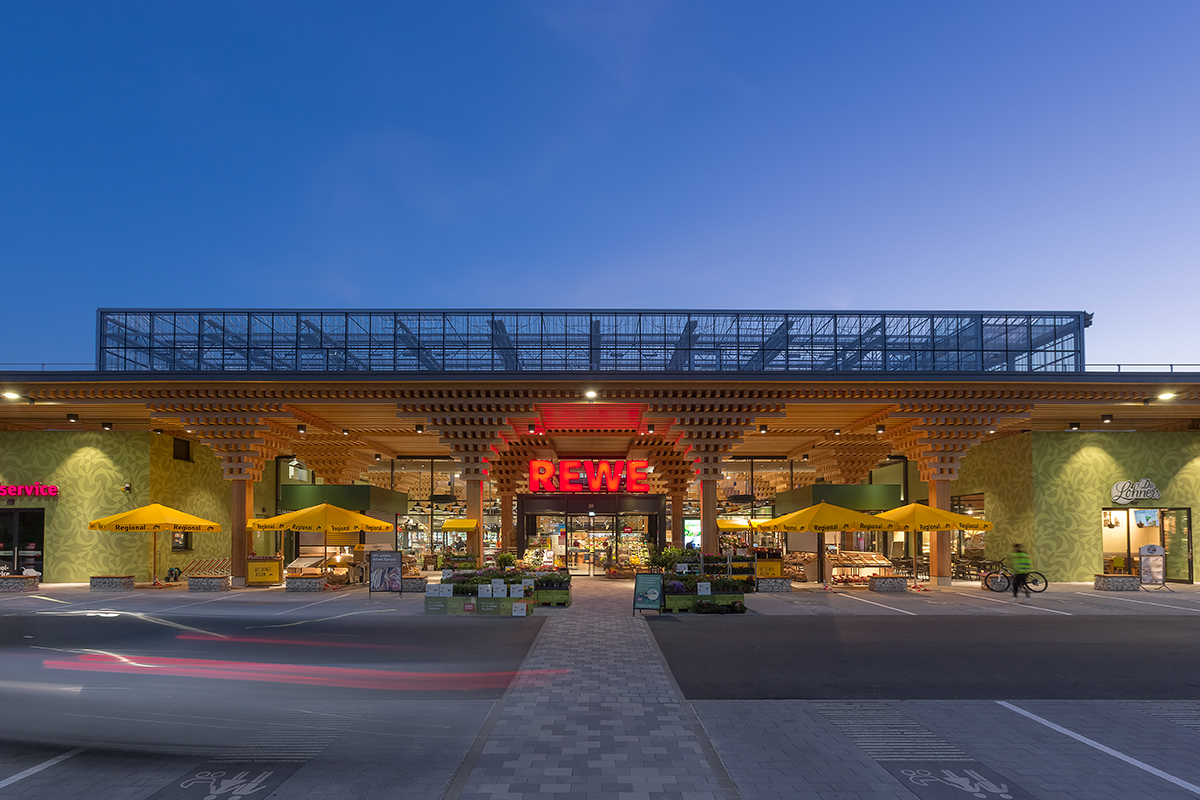 REWE Market of the Future is a great timber market hall, where locally farmed and prepared produce is openly showcased by the architecture. An aquaponic farm is housed within the building and a modular greenhouse above. Transparency of the food making process is celebrated. The public's awareness of farming is increased by integrating it into an established and familiar shopping ritual. In Europe, fresh produce travels 1000 km on average before it gets onto the shelves. In the future, a growing network of markets with integrated farms will bring perishable food production closer into the urban realm. Food can be harvested locally, when it is needed, reducing wastage and allowing produce such as salad to be harvested and sold within a day. 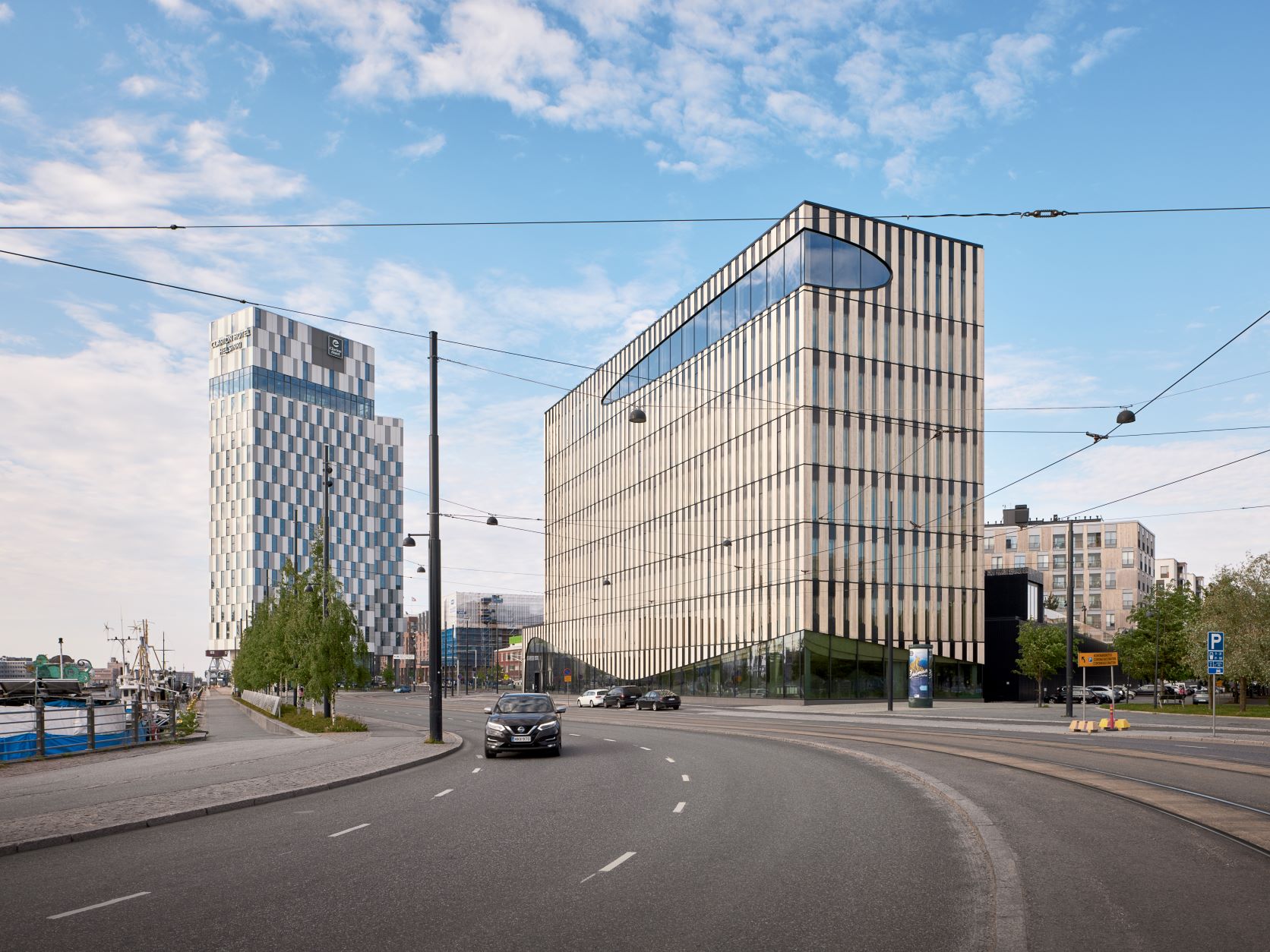 The result of collaboration by the main contractorSRV and Stora Enso, Wood City is a series of woodbuildings centrallylocated in the Jätkäsaari district of Helsinki. The project has drawn interest fromaround the world as a flagship of Finnish wood construction, and Wood City truly is a fine example ofthe versatile ways in which wood can be used in buildings. Wood City includes the new headquartersof Finnish gaming company Supercell, and their office is now the largest wood office building inFinland as measured by the amount of wood used. The building includes an eight-storey wood office building and a three storey car park with 170 parking spaces. The ground floor, basement and stiffening vertical shafts are made with concrete. The 1st through to 7th floors are wood, with the load-bearing structures being LVL pillars, beams, and slabs. The facades have wood cladding. 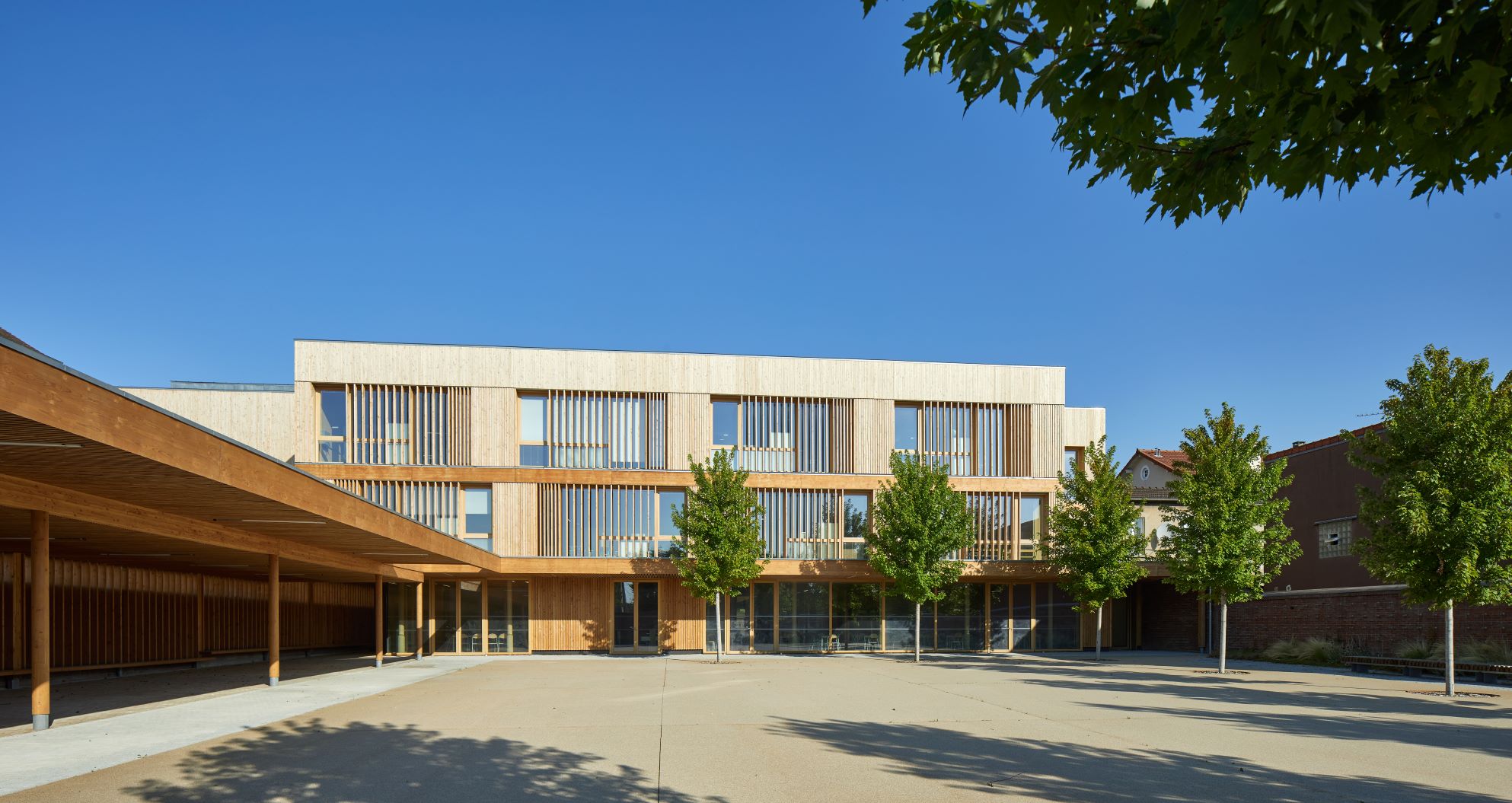 On a flagged parcel in the town of Drancy (Paris area), enclosed in a suburban tissue without any notable quality, the architects opted for the introversion of the building, by arranging the programme of the school group around unifying voids: a courtyard dedicated to the kindergartens and an elementary courtyard placed in the north-east of the parcel. Along the 25-metre-long street, the building's only public façade shares access to the halls of the two schools, which can function independently. On this forecourt, where the architecture represents the institution, the horizontals of the canopy respond to those of a banded window, while the second floor backs onto the adjoining building, displaying a large square clock. This side concentrates the shared spaces (halls, multi-purpose rooms, libraries, teachers' rooms, administration), opposite the refectory installed in the north wing, while the west and east wings, respectively of two and three levels, gather six kindergarten classes, and fifteen primary classes, as well as the leisure centre. 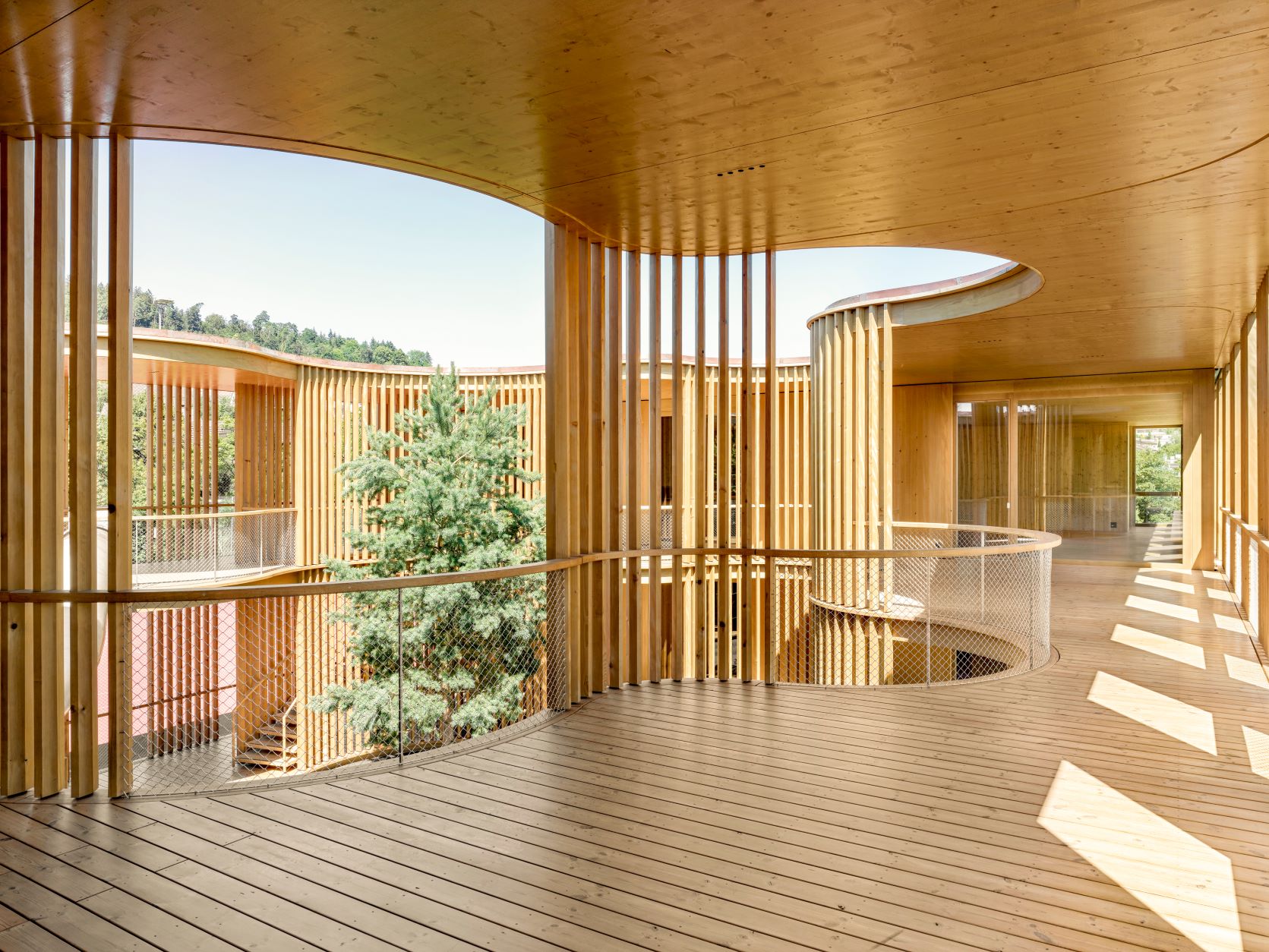 The new four-form kindergarten in Ittigen appears light, almost floating: The multi-layered and expressive building is a wooden construction and lives from the contrast of the geometrically clear outer form of the shell, which is pierced with slats, and the terraces, which dissolve into curved, round forms in the inner courtyard. The new kindergarten in Ittigen extends the existing solitary buildings of the Rain school complex, which are lined up along a central connecting axis. It consists of two-storey pavilions, each with two kindergarten units, grouped around a common courtyard with terraces. An enclosing shell of vertical lamellas combines the pavilions, terraces and courtyard into a building that can be experienced as a unit. The individual elements are placed in such a way that differentiated spaces and exciting visual and spatial references are created.

International Wood Architecture Prize awarded by the press for 2022!

The winner of the 4th International Award, the Sara Cultural Centre in Skeffelteà was designed by White Arkitekter. White Arkitekter succeeded in putting into practice their vision of the world's greenest cultural centre by using local wood wherever possible. The result is an imposing structure that defies engineering, with a 76-metre tower that has no concrete core, interior spaces with a strong character, and a carbon footprint calculated precisely by the agency, highlighting a particularly thorough neutralization work. One of the two architects in charge of the project, Oskar Norelius, came to Nancy on 7 April 2022 to present the centre and receive the award.

The jury considers the Sara cultural centre in Skeffelteà to be the best representation of wood architecture in Europe today: "The cultural centre is imposing in terms of its size and the number of functions it houses. The massive use of wood is coupled with technical feats, such as the ability to rise to 76 metres without a concrete core. However, the interior design of the building is captivating because of the decorative use of wood, which uses multiple solutions to avoid giving the user a feeling of dull repetition or indigestion. The precision with which the agency calculated the carbon footprint of the project, coupled with the use of short-cycle materials and contractors, makes it the model for European timber construction for years to come. Added to this is the fact that the Skeffelteà Cultural Centre played a key role in attracting the largest battery factory for electric cars in Europe to the municipality. 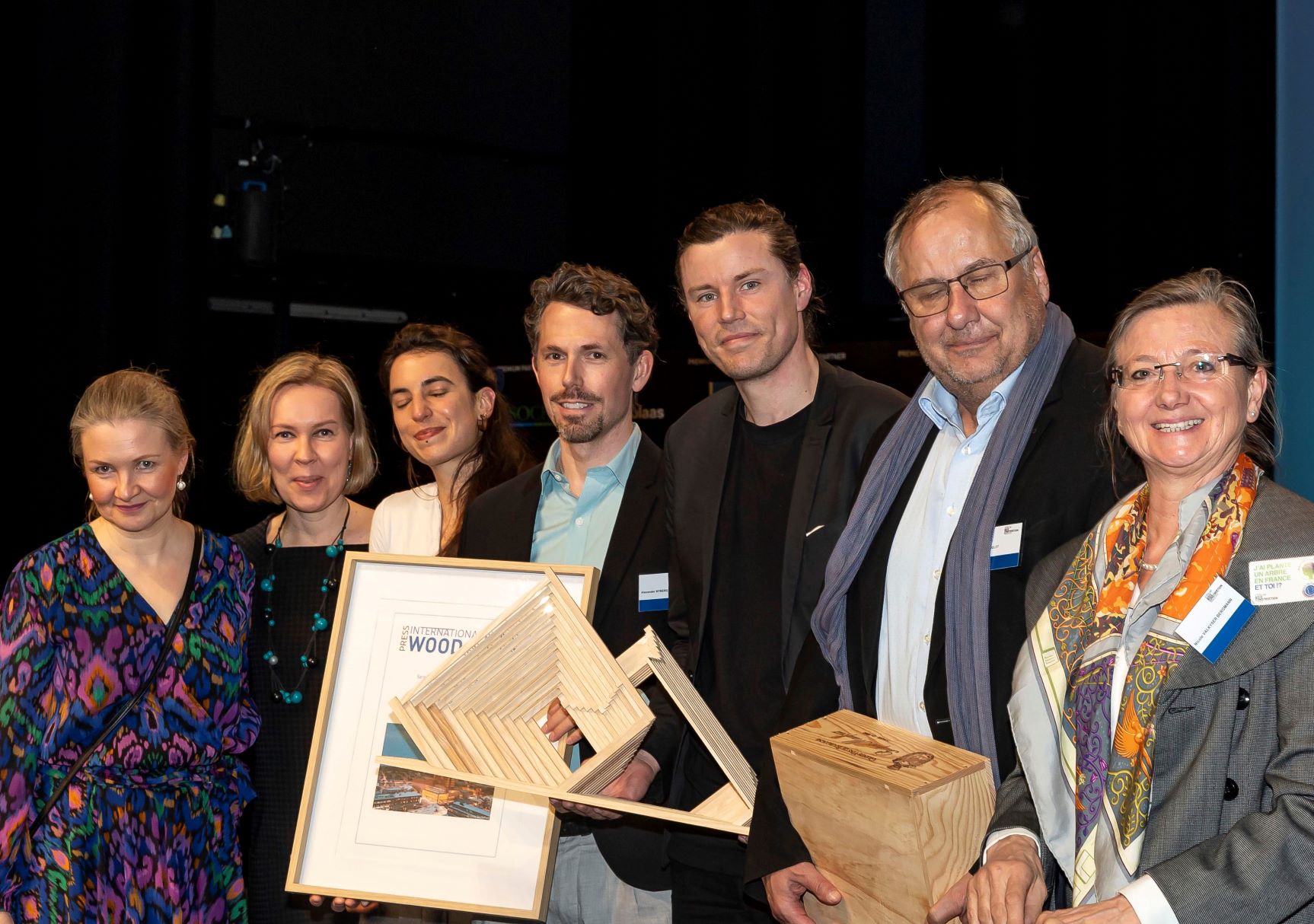